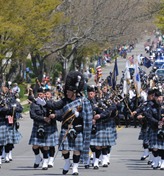 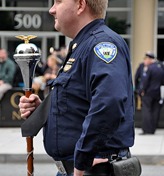 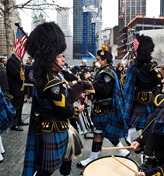 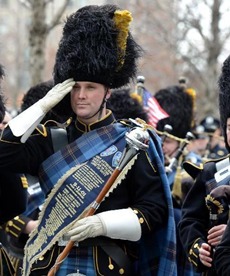 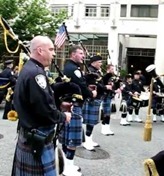 In 1979, The Port Authority Police Pipes and Drums was formed when a group of police officers met to explore the possibility of learning the bagpipes and drums with the hope of forming a band.  These members did not have any experience playing the pipes or drums, so they started to take lessons.  In 1980, after months of dedication, hard work and tons of practice, the band made their first appearance, welcoming home the Americans that had been held hostage during the Iran Hostage Crisis.  Since 1979, the band has expanded to include civilian employees of the Port Authority of New York and New jersey as well as members of the neighboring outside police and emergency service agencies.

The band has grown significantly over the years and has traveled around the world to perform.

Aside from solemn events such as funerals and memorial services, the Port Authority Police Pipes and drums also represent the department at many joyous occasions as well as many parades. 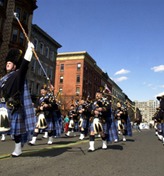 we perform all over the tri-state area